On Monday, Year 4 enjoyed a fantastic visit to St Alban's cathedral to begin their history topic of The Romans. They participated in two main activities there. One was the Alban trail which involved them walking around the cathedral, noticing its various features which linked to the story of Alban who lived under Roman rule and how he became the first saint in England. The children had great fun dressing up in costume and participating in role play to re-enact the historical story. 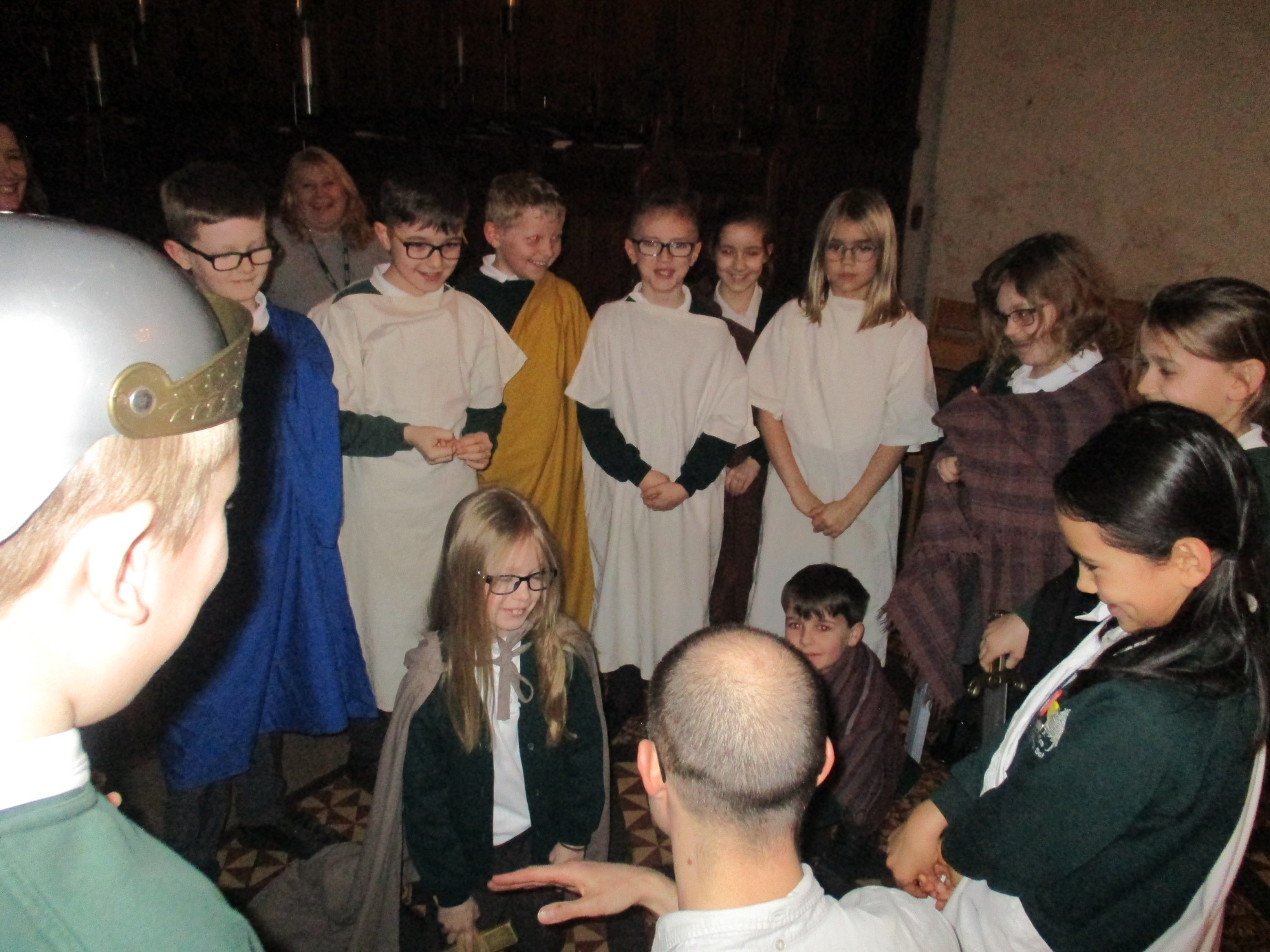 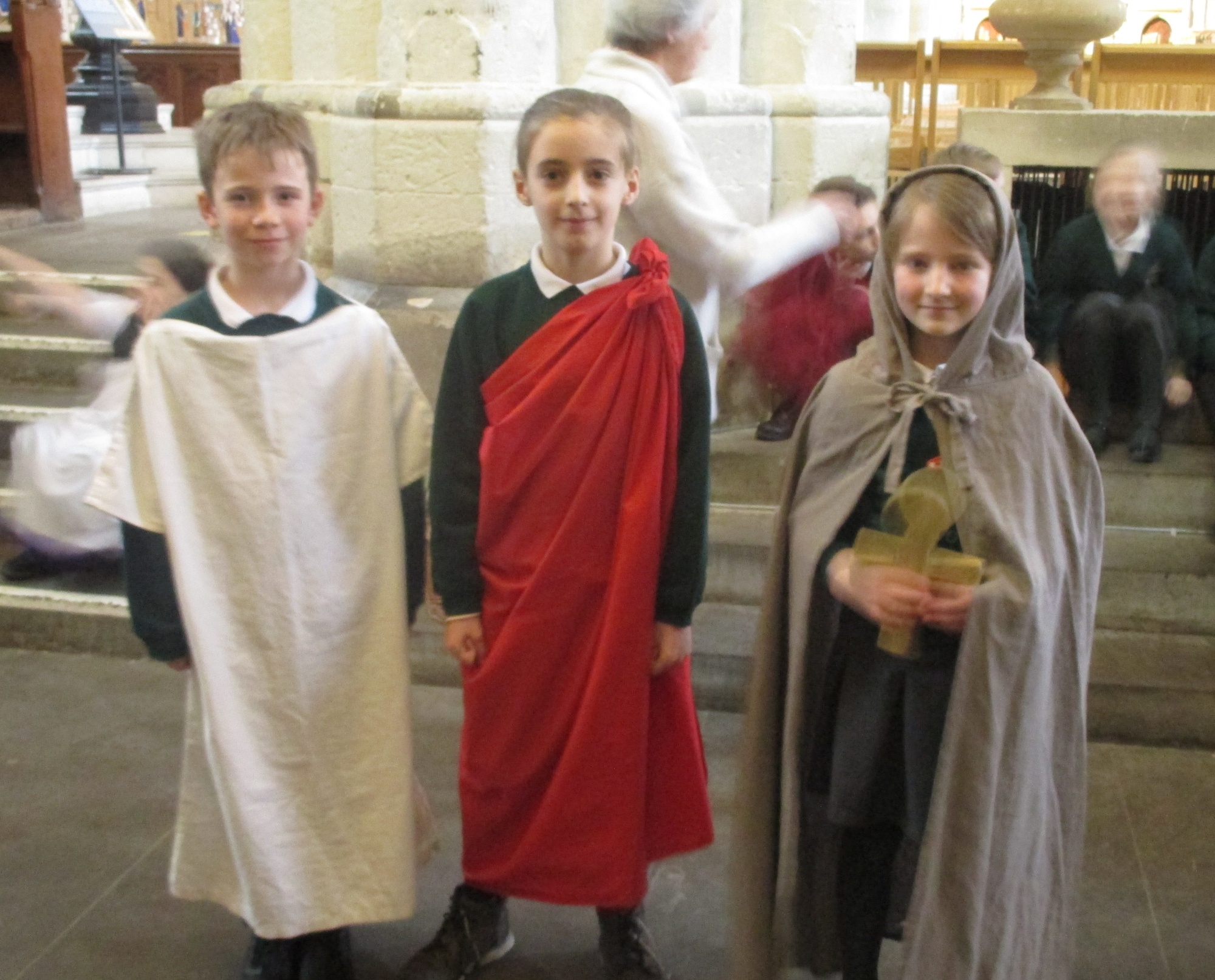 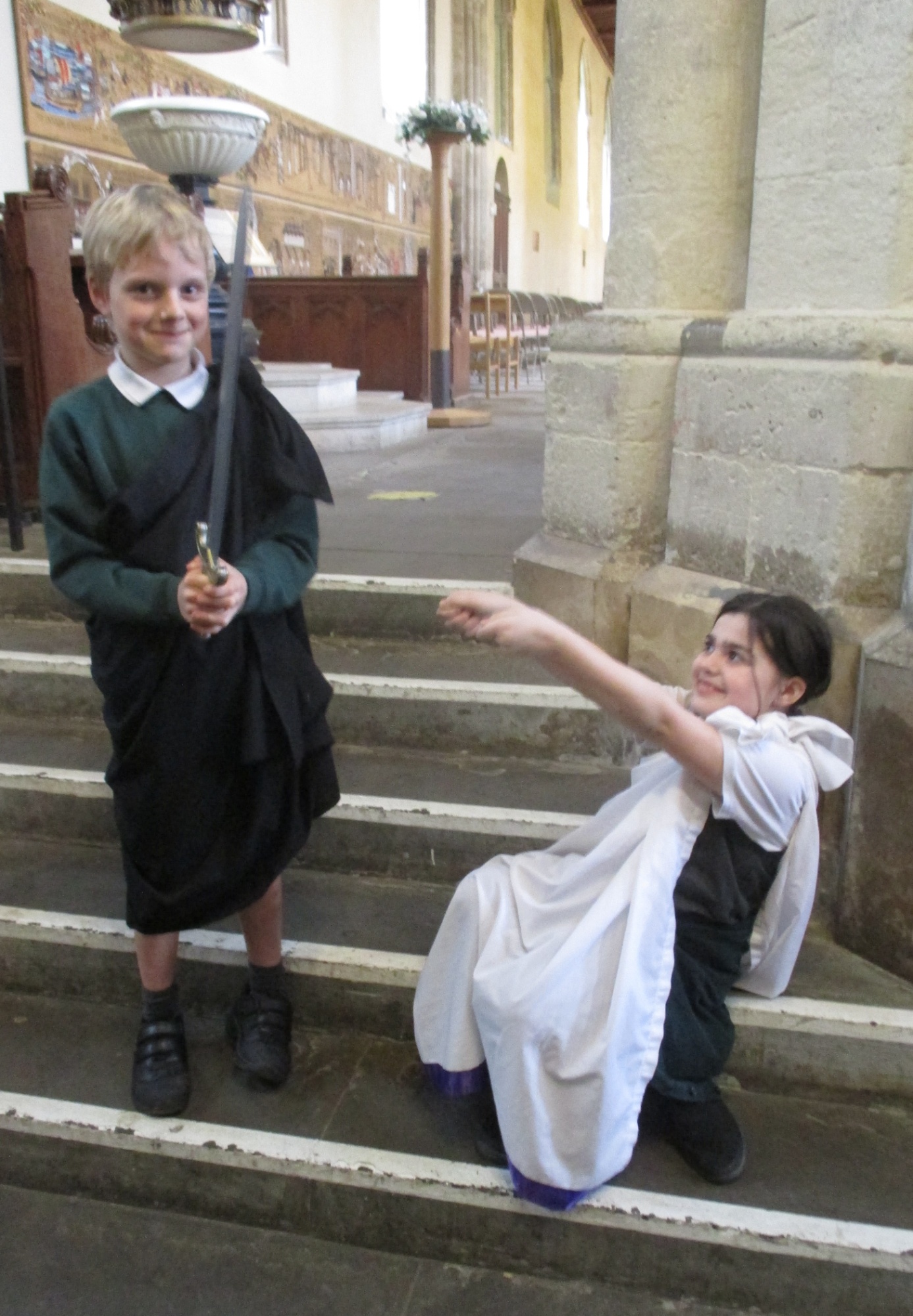 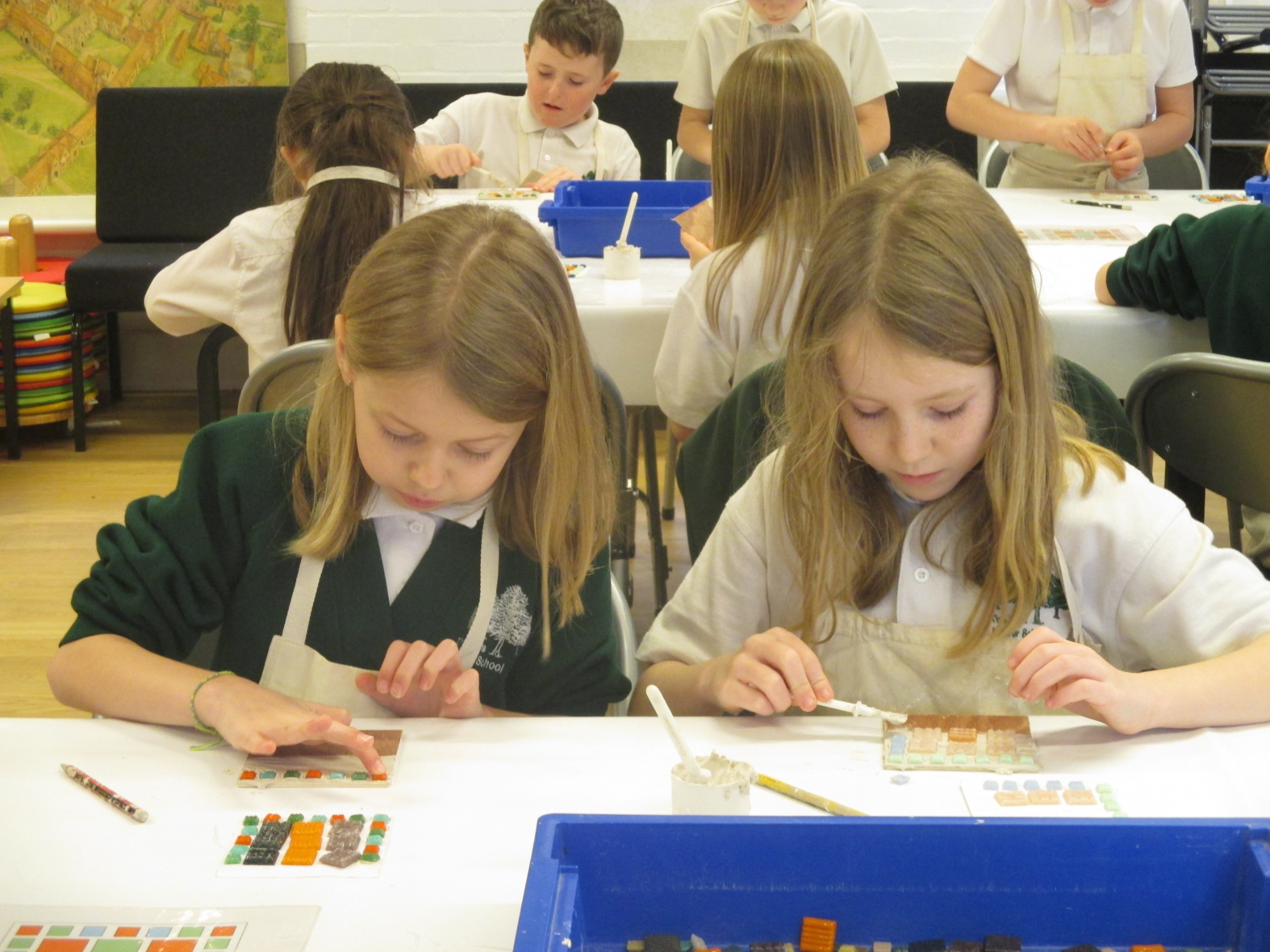 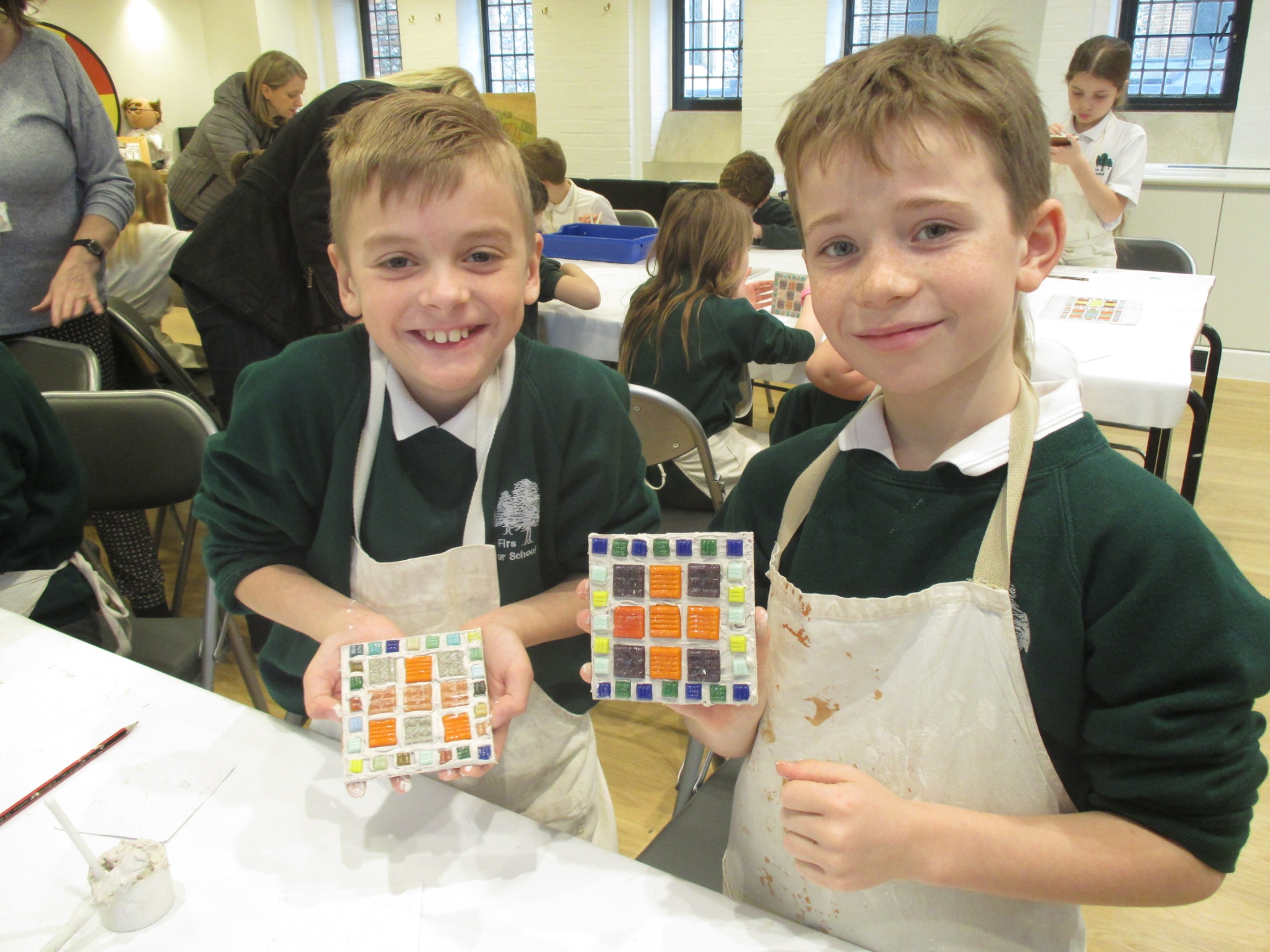 The other activity was based around Roman art where the children learned about Roman mosaics and then used coloured tiles, wood and grout to make one of their own - they loved making these and they all looked brilliant!

We were also lucky enough to be visited by a Roman legionnaire, who insulted us and informed us about how he was much superior! We looked in detail at the clothing, armour and weapons that would be used by a Roman soldier and learned about their way of life. 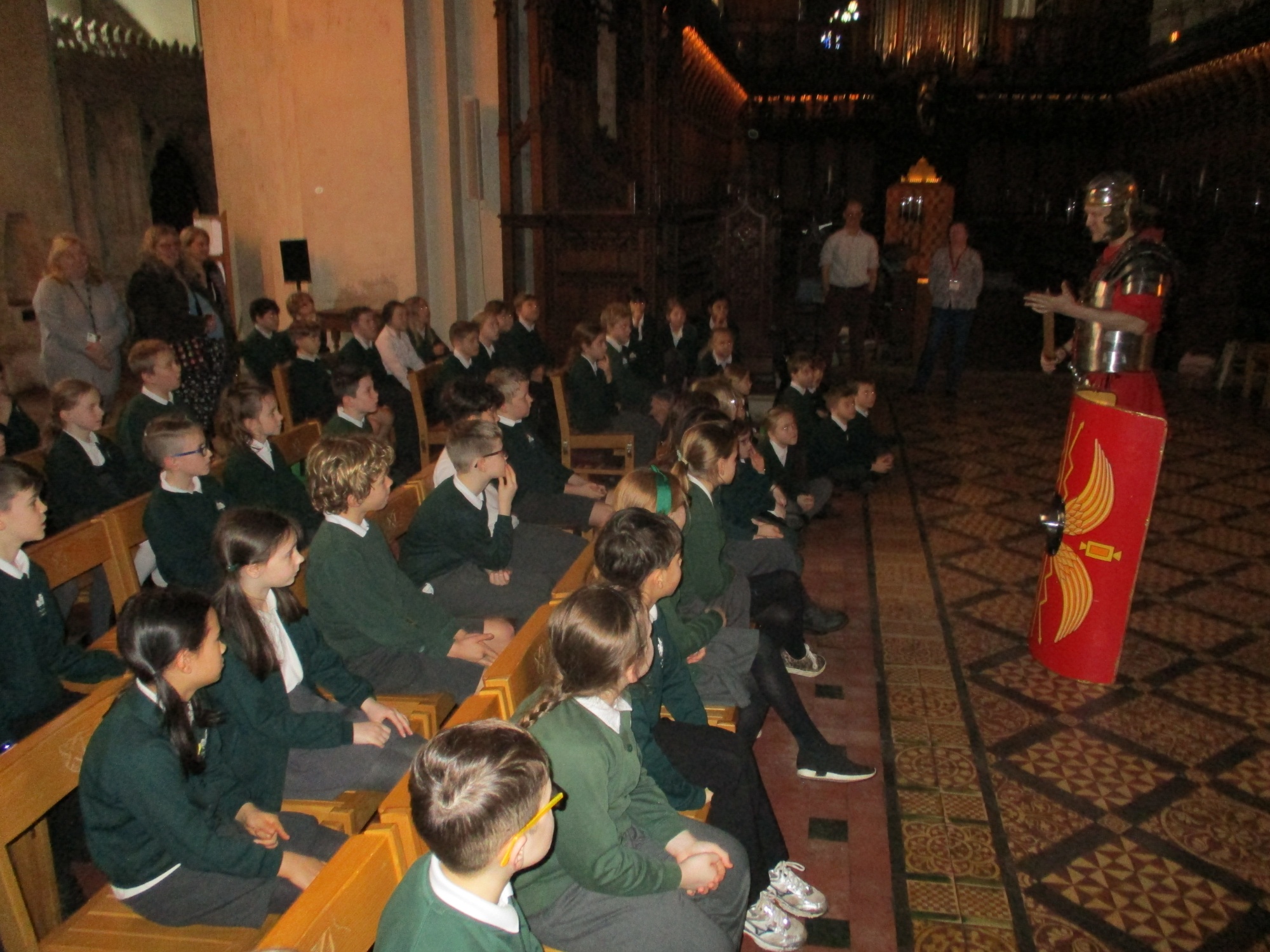 It was a very enjoyable day, we learned a lot and the cathedral staff remarked that the children were a credit to the school, showing good behaviour, lots of interest and asking appropriate questions.

We would like to thank all the parents who helped on the day and the Y4 staff for organising this trip.

Please visit our Year 4, St Albans trip Photo Gallery, to view a selection of photos from this day.