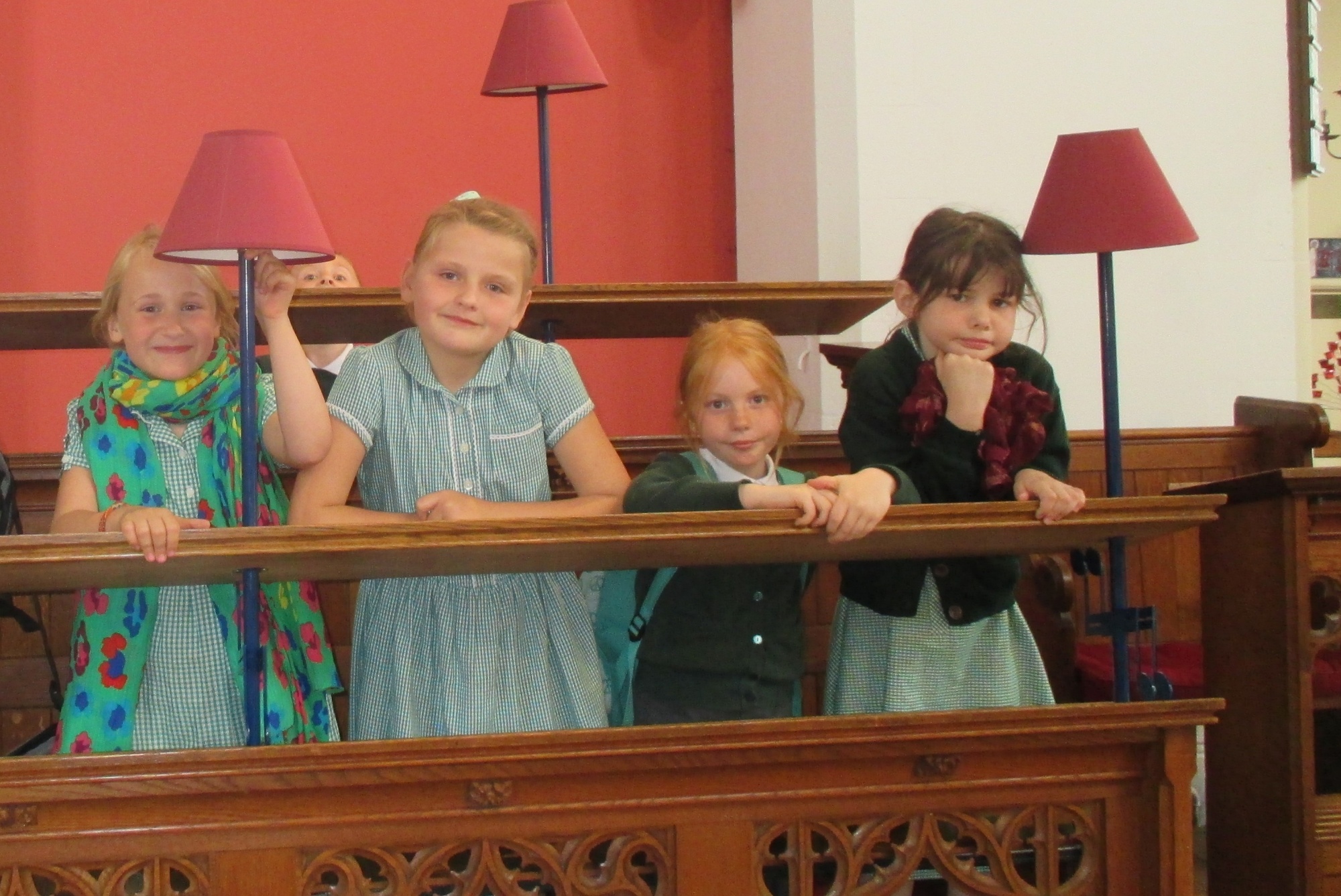 Year 3 have been exploring a range of religious beliefs as part of their R.E. curriculum. In order to support and enhance their learning, they have been on a visit to Queen’s Park in Bedford, where the children participated in a ‘Faith Tour’. Each tour was led by a member of that faith community. The children spent time at All Saint’s Parish Church, Jamia Masjid Gulshane Bagdhad Mosque and Guru Nanak Gurdwara.

We would like to thank each faith community for being so welcoming whilst we were on tour and the parents who accompanied the Year 3 children. The children and adults had a fantastic day and found the whole experience so interesting.  Throughout the day, the children were enthusing about the various tours they had and how much they had learned about the different faiths. We would like to congratulate the children for their behaviour which was a credit to the school and for the searching and thoughtful questions they asked during the day. I would like to say a very big thank you to Mrs Haddon for all her hard work organising an event that has so successfully supported children’s learning and understanding.

What did the children think? 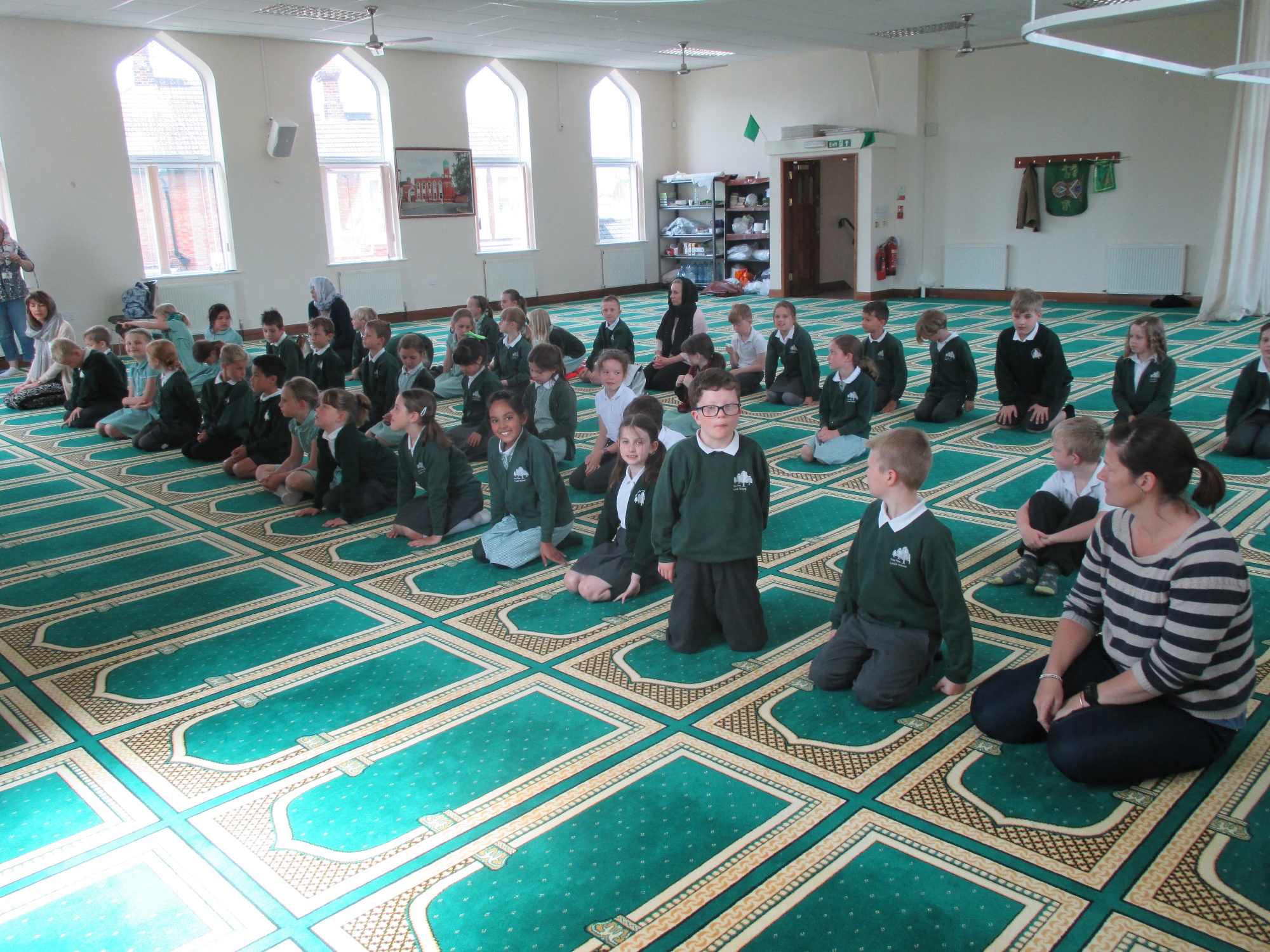 "It was good to go on the trip so we could be taught by people who actually follow the different religions." Sammy

"I got to see what different religions are like." Xav

"It was nice to learn somewhere differnt for a change." Essy

"I found out about the 5 Pillars of Islam in the Mosque. That's their 10 Commandments." Carissa

"At the Mosque I learned they face Mecca when they pray." Xav 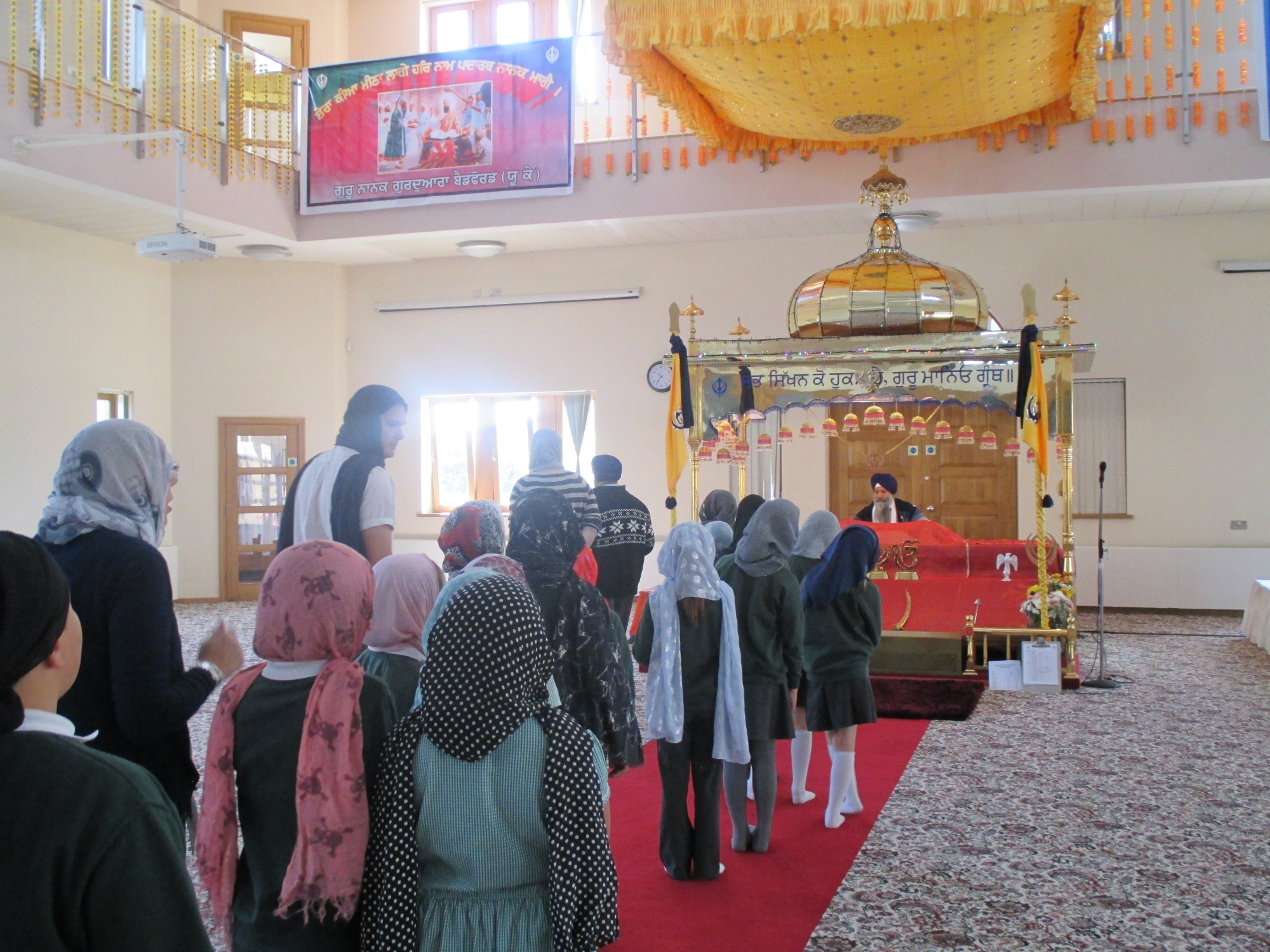 "In the Gurdwara we found out there are 10 Gurus." Essy

"The 11th Guru is the Holy Scriptures." Sammy

"In the church I liked the font where babies are baptised - it was really old." Sammy

"The font was used for horses to drink out of before it was in the church." Essy

"I learned that all of the faiths pray and they all believe in one God." Alex

"I liked the Gurdwara best because it was pretty but I liked being in the church because you were allowed to touch everything." Emily

"I liked the Gurdwara best because it was beautiful." Jude