Aha Me Hearties… The Pirate Ship is launched!

With great excitement and a full Pirate Day at The Firs, our new KS2 pirate ship The Treasured Friends has now been officially launched and has Set Sail for the High Seas

Today we were joined by the Mayor of Ampthill, Mark Smith for the opening of our new pirate ship on the KS2 playground. The children and staff were all dressed up as pirates for the occasion and each year group had a chance to come out, meet the mayor and have their photo taken!

Once every year group had come out to meet the Mayor, the School Council members came out, to represent each class for the opening and naming of the ship. 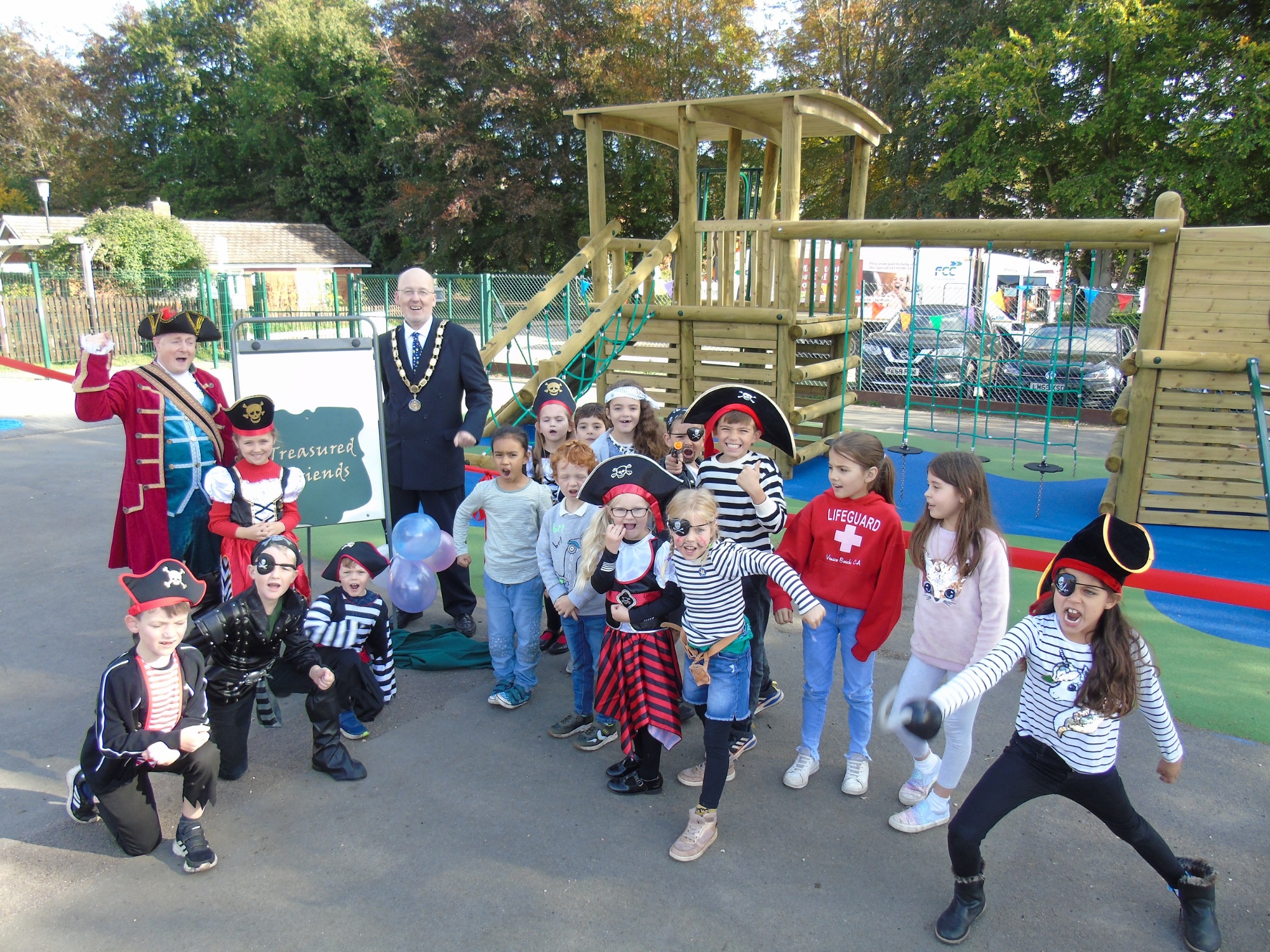 The Mayor cut the ribbon (as you can see, he didn’t have much choice!) and our new ship was launched!

Every ship has a name of course, and we had a competition to find a name for our ship. We were delighted to announce that the winner of the competition was a pupil in Y4 who came up with the name ‘Treasured Friends’.

The good ship Treasured Friends will have a plaque with its name installed soon. 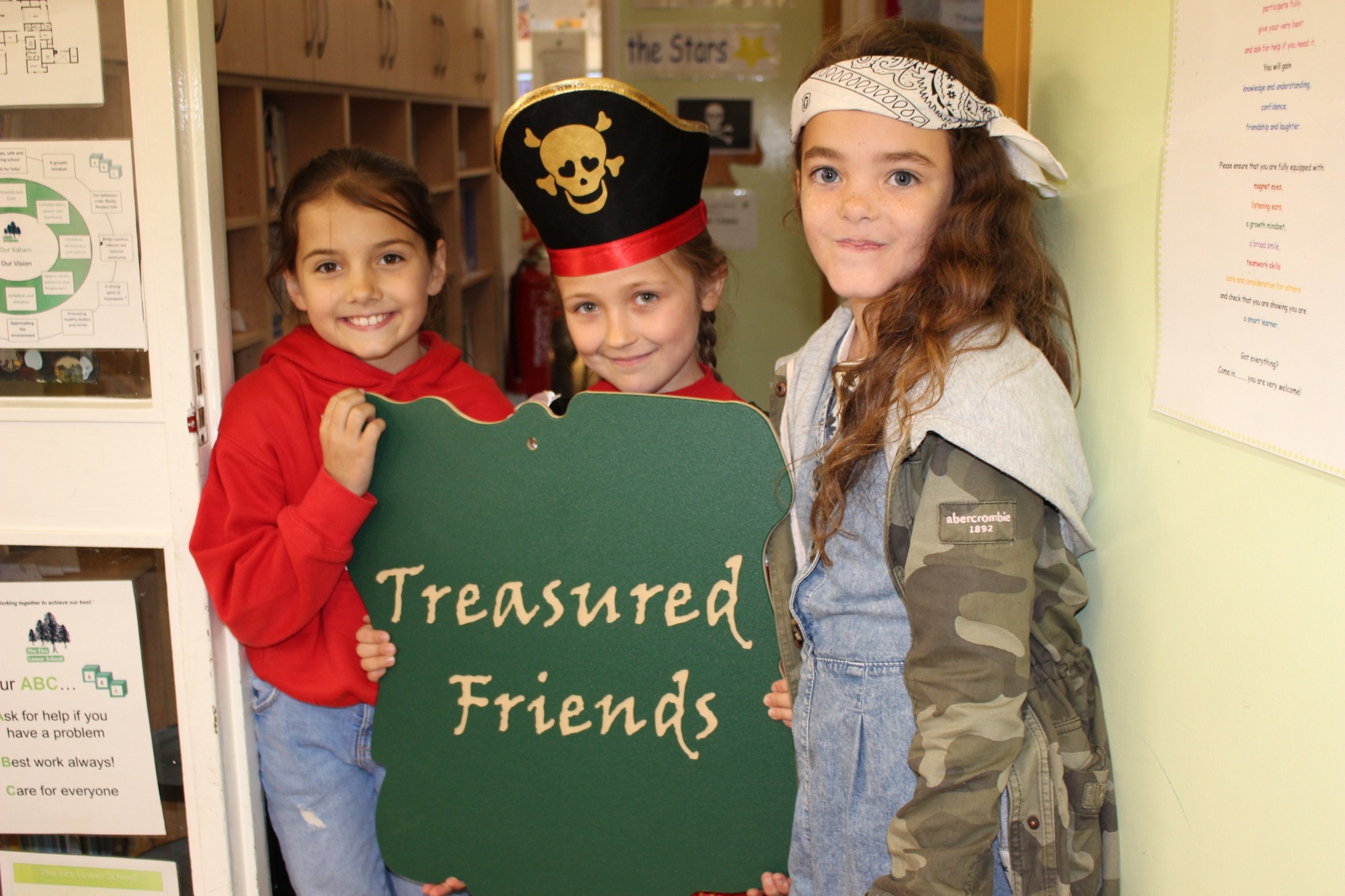 In the afternoon the children had lots of fun taking part in pirate themed activities and each class had the chance to spend a little bit of time enjoying playing on the ‘Treasured Friends.’