Year 4 round off their Roman studies with a Roman Day

On Wednesday Year 4 held their annual Roman day to conclude 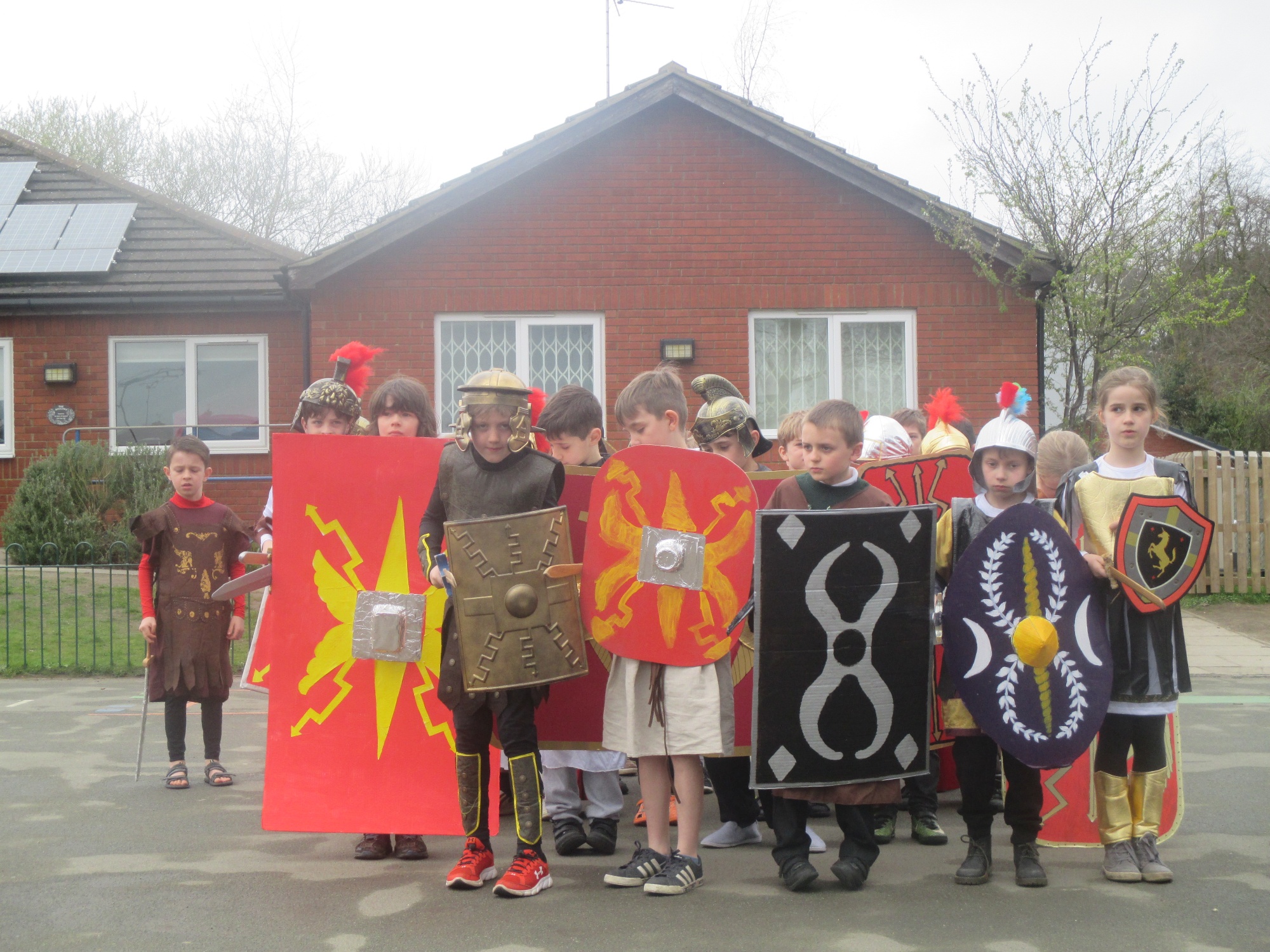 their topic on the Romans.  The children found out about Roman clothes, participated in a slave auction, learned all about the Roman army and why it was so successful.  In the afternoon they learned about the end of the Roman Empire. They very much enjoyed taking part in the drama sessions as part of the day and we would like to say a huge thank you to all the parents / carers at home for all their efforts in providing such fantastic costumes for the children, which really added to the fun and the sense of excitement that made the day so special.

Further photos are available in our Photo Gallery.